September brings sweeter things. They do say life begins at 40. It actually begins at conception. I’m just a lot more settled and content now. How we afford adventure: Cutting back on brands, materialism, hangovers.  We Invest in memories, experience, admiring the beauty of the greenery that surrounds us. Both of us have challenging day jobs and lots to do once they end each day. This was needed. When you work hard for holidays. Its feels really satisfying to get them.  It especially helped us as a couple reconnect and relax exploring new places.

The sun certainly shone on the blessed on the adventure we undertook late september 2015. Its was perfect weather. Sat in my bra in the garden in the morning with a cup of tea; blissful.

We stayed with friends at ‘Westham Farmhouse, Wedmore Somerset. Sloping floors, bats at dusk. a lovely fire the was lit when darkness descended promptly by 7. Doorways and low ceilings that invited to off guard of us tall folk to smack our heads on.  Which we did with varying consequences a good few times.

Day 1 :   A mid afternoon arrival then unpacking = Ange throwing her clothes all over the floor.  We spent the evening at The Wellington arms. Watching the Rugby World Cup England v’s Wales. Everyone seems to be called Dave. We were met with Gentlemen getting us seats and made very welcome. Nice Somerset cider. Double jack Daniels. Cute dog. England Lost. #gutted but great match. Well done Wales. Good night!

Day 2 : Beautiful Indian summers day. We went for a walk through farmers fields. As usual we got lost.  We were met by aggressive sheep stomping at us, giving us the evil eye. I really don’t know what happens when sheep attack?  Upon finding civilisation we found a local pub..The Sexeys Arms. Everyone is called Dave! They called us Davina. A few brandys and pork scratchings later. We headed off for dinner with the gang.

One of the dogs, a Chihuahua had a lucky escape in the garden. After a peregrine falcon swept down! A few hours respite and it was off to The Glastonbury Tor to watch the Full Eclipse Blood Moon. Now that is a trek up to the top. After an almost night shift in a really cool place. Plus  randomly bumping into our friend Linda (but nothing is random)

Day 3:  Watching dragonflies in the garden. Was spent exploring Glastonbury town. A nice lunch at The Lazy Gecko Cafe. A few crystal purchases and a load of books for our collection.

We visited Dunster Castle, (being members of The national Trust-it was FREE!)  Burnum On Sea, West on Super Mare, Blue Anchor. 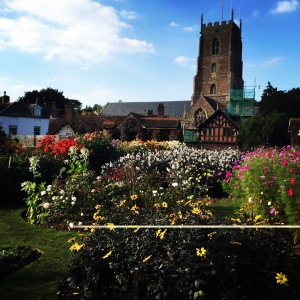 Glastonbury Abbey : We meditated in the sunshine in the orchard. Wandered through the ruins. Contemplated how good it would be with a few more fences in a zombie apocalypse. The Chalice well was just special..really special. Watch: 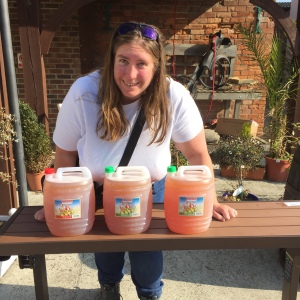 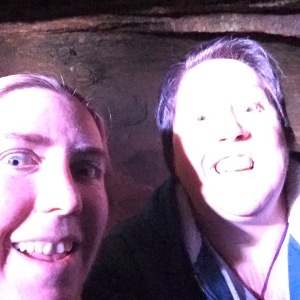 Finally Cheddar Gorge: (it’s not made of cheese) This place is spectacular. We will return. 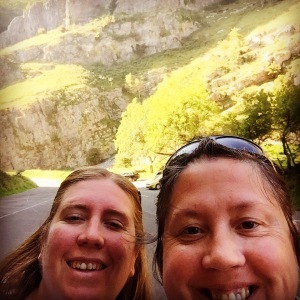